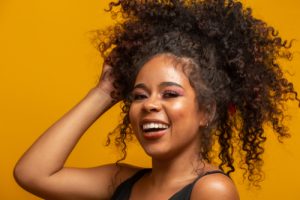 Everyone knows that Invisalign is great, amazing, awesome, special. But what does it really feel like to have these trays on your teeth nearly 24/7? What is the reality of wearing Invisalign and not just the cool science of it?

Truth: You can eat whatever you want.

Reality: You can eat whatever you want if your teeth don’t hurt too much.

Invisalign is moving your teeth around the clock. You change the trays every two weeks because each set of aligners moves a few teeth at a time. This means something is always shifting around in your mouth and even though you may have the freedom to dig into your favorite crunchy, chewy foods your teeth may be so tender you may not want to.

Truth: No one will notice your aligners.

Reality: You may not be able to hide your lisp.

Wearing trays on your teeth is an adjustment, and it will take time to get used to the feeling of a foreign object hugging your teeth all the time. But even though Invisalign is nearly invisible, it is something unusual in your mouth – and the presence of the aligners could cause a lisp. It’ll be minor, it may not last through your entire treatment, but don’t be surprised if there’s a little extra sound when you say S words and THs.

Truth: You promise to be disciplined.

Reality: After a dozen weeks or so, you may get a little lazy.

Invisalign is a commitment. Wearing the trays requires dedication. You have to think about Invisalign when you’re eating and not eating. You have to clean the trays at least once a day but ideally in between every meal and before you put the trays back in your mouth so you can avoid tooth decay. You have to keep the trays safe when you’re not wearing them. That’s a lot of effort, day after day.

By the time you’ve put in a few months of work, you may get a little complacent. Maybe you’ll skip a cleaning session one night. Or you’ll eat a snack with your trays in. We get it – but we also implore you to keep following the rules. You really won’t be wearing Invisalign for that long – about a year at most. You can do it.

Truth: Invisalign is easy to pop in and out of your mouth.

Reality: At first, it’ll be tough to get those trays in and out of your mouth.

If you’re big on fresh manicures and you’re a new Invisalign patient, don’t expect to maintain your nails over the duration of your treatment. Getting the trays in your mouth may be easy enough – though you will likely have to work around attachments to make sure they go in just so – but getting them out is another story. The aligners will be snug, especially at the start of each new set. There are tools that can help you ease the trays out of your mouth. Just ask your Red Bank Invisalign provider for recommendations.

Truth: You could be an Invisalign patient.

Reality: You could be an Invisalign patient – and love it.

Invisalign is a revolutionary dental treatment that has made an aligned smile possible for millions of adults and teenagers. Sure, there will be a getting-to-know-you period and adjustments will have to be made along the way but, in the grand scheme of orthodontics, Invisalign is a discreet, user-friendly way to straighten your teeth. Schedule a consultation with Red Bank Dentistry to find out if you’re a good candidate. 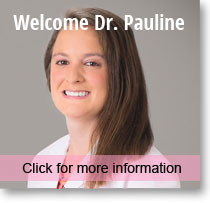